We junca came from Japan. Based on theme
" 結 - Musubi - To unite",
we are working to remove the fears of people
in the world and realize a peaceful world.

OUR CHALLENGEWe will continue to contribute to the world.

With the theme of "beauty", junca group will connect the world.

Creating and Expanding the platform of junca that makes the flow of people and things. We are junca group, our company is realizing the world where no worried people and peaceful.

We made effort on running of junca salon, thru this business, got many know how, what do we need to do in Philippines.

Then, this business, Junca Cash will be the most good way to solve Philippines economic matters. We continue to tribute for Filipino.

OUR BRANDS Unleash the power of all the people.

junca salon and beauty label is a hair clinic that caters perfect and healthy treatment for your delicate hair too !Experience "junca System" with high technology through our, ultimate indulgent hair experience package. 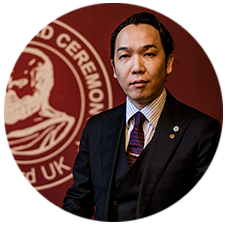 Managing a wide range of businesses such as beauty, finance and technology centering on social contribution,

At the age of 18, he focused on the beauty industry without discrimination by race or gender and began his career as a top cosmetologist. He moved to England in 2002 and joined London's "VIDAL SASSOON". After taking charge of backing stage hair for the Paris Collection "Jhon Galliano" in 2005, he will make his ﬁrst Japanese appearance as a representative of Asia at the "World Style Contest" held in the Netherlands (Amsterdam) in 2006.

He has a deep relationship with other industry creators such as musicians and models, and also produces images. After 2002, he traveled around Europe to see salons and beauty sites in Italy, etc., as well as domestic salon work. He is also greatly inﬂuenced by the many exchanges with Mr. Tim Hartley.

Established "junca Japan Inc." based on abundant overseas experience. Joined Tokyo Stage Collection with backstage hair. Became a producer of the 2011 event "kisetsu" producer. Started educational activities in China through love calls from China. He was invited as a guest at hair shows etc with more than 1000 participants. His place of activity is expanding further. He is the manager of the 2012 Miss Universe Japan Kyushu Final hair and makeup team and the ﬁnalist education program "Beauty Camp". Starting from this, offers from various Miscon continue every year.

He also works with major manufacturer branding and marketing consultants on request. Based in overseas since 2012, he focused on the global expansion of junca salon. With the aim of hiring local human resources in the Philippines and aiming to produce top hairdressers from Asia, he also focus on human resource education overseas.

Appointed as Japan's goodwill ambassador as Lt. Cornel from the International Police Commission in 2017. 2018 Contributing to the Philippines and the international community is recognized, honored degree from the University of Oklahoma, Doctor of Humanities awarded. Appointed Director of UN world peace association.

Launched the Junca Cash, a cryptocurrency business that could be a direct solution to local problems in the Philippines, especially foreign workers and poverty. Philippine government agencies and others have also drawn attention to this business trends.